The potential of China as a consumer market better not be ignored by visionary corporations. Sadly, most companies in India are yet to realise this. 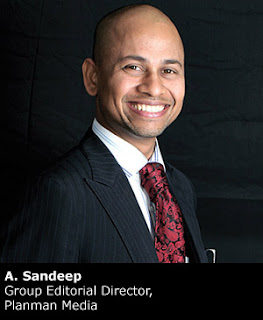 Why in heavens would I decide to write about China when everybody around has been harping on China almost day in and day out. Because while everybody around has been simply comparing Chinese growth and India’s growth (and complimenting China to no ends), I find no economic commentator exhorting Indian firms to partake of Chinese growth by thinking about setting up companies in China, or by selling their products and services to Chinese consumers! Each day that passes with you as a CEO not thinking about setting up a business in the world’s fastest growing market – and the largest in a few years (as of 2011, China’s GDP is worth $7.30 trillion, according to National Bureau of Statistics of China, NBSC) – is a day lost with criminal intent! The statistics are devastating – if you have even an iota of cash to spare, go the China way!

Just a few decades back, marketers would have ridiculed the very idea of setting-up shop in China, where per capita income stood at a sheepish 1% of USA’s. Not to say that during those days, the Chinese GDP was one that was consciously ignored during discussions in economic forums, more so due to the defiant communist regime, which was more intent on autocratic uplifting of masses than on blindly promoting capitalism. But China was growing because of that same upliftment of masses. After having broken through the $100 billion ceiling in 1988, the foreign trade figure of China ran past the trillion-dollar mark in 2004. Today, it has touched $3.64 trillion (2011; April 2012 report by WTO Secretariat), and much water has flown under the Shanghai bridge, bringing in a dramatic macroeconomic improvement. [It has been forecasted by the Chinese Commerce Ministry that by 2015, this international trade figure will top the $5 trillion mark.]

China is now the second-largest economy in the world, and its per capita income as a percentage of that of USA’s has increased to 14.2% (quite a rise from a value of $180 in 1990 to $6,567 in 2009; IMF). That China is turning into a huge consumption behemoth – one that Indian companies should exploit to whatsoever extent – is supported by many economic indicators. Over the past six years (2005-2011), the growth of imports into China has exceeded exports from the nation. The CAGR difference is 2%. During more recent years, this gap in growth has been more marked. In 2010 and 2011, growth in imports exceeded that of exports by 8% and 5% respectively. Even in absolute value terms, China has steadily begun charming onlookers as a consumer (import) market. In 2005, at $645.66 billion, imports constituted 45% of the total foreign trade. Last year, at 1.74 trillion, this rose to 48%. Today, China is the world’s second largest importer of goods and services after US (whose import value stood at $2.27 trillion in 2011; WTO).

With incomes rising in China, the day isn’t far when China will get talked about less as a low-cost nation and more as a lover of imported high-quality and luxury products! The phenomenal rise in per capita income of Chinese nationals (a jump of 1,309.7% for urban dwellers to $3,755.90 and 896.71% for rural Chinese to $1092.82 over the past two decades; data by NBSC) translates into a staggering jump in consumption when seen in the light of the fact that this growth happened for 1.4 billion individuals! 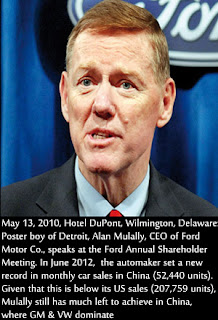 In support of China’s domestic comes a September 2010 paper by McKinsey consultants Horn, Singer and Woetzel, titled, A True Picture of China’s Export Machine, which shuns the age-old method used by the government to calculate the contribution of total exports to GDP growth. As per the paper, “Net exports have contributed to only between 10-20% of China’s annual 10% GDP growth in recent years,” while “domestic value-added exports [which is the net of to tal exports and those imports used in the production of goods & services exported], contributed to between 19-33% of the total GDP growth.” To sum up the discussion in favour of the Chinese domestic market, the report which uses the McKinsey Global Institute China urbanisation model, concludes, “The most common wisdom overestimates the role of exports while underestimating the role of domestic consumption for China’s growth. Any Chinese or MNC that currently manufactures goods in China and primarily exports them to other countries should ask itself whether it needs to scale up its domestic strategy to get a bigger piece of the pie.”

The truth, which the tallest of sceptics concede, is that China is the next powerhouse for the world’s sellers, across industries. Pulitzer Prize-winning Thomas L. Friedman wrote in an NYT column from Tokyo, “Those leaders of Japan, America, Australia, Taiwan, Malaysia, Russia, Thailand, Indonesia, Singapore, the Philippines, or the European Union, who are not going to bed each night saying a prayer for China are not paying attention.” The 2010 China Consumer Survey report by Credit Suisse explains how, “Chinese households are earning more but saving less.” Household income of the bottom 20% has risen by 50% since 2004, while the top 10% has grown 255% to around RMB 34,000 per month. The savings rate has dropped from 26% to 12% during the same period. Credit Suisse expects China’s share of global consumption “to increase from 5.2% at $1.72 trillion in 2009 to 23.1% at $15.94 trillion in 2020, overtaking US as the largest consumer market in the world.”

We take a look at specific industries and the lessons that corporations which have paid due respect to the Chinese domestic market have to impart. In 2009, China became the largest auto manufacturing nation in the world, with 13.79 million units rolled out, thereby surpassing Japan as the largest automobile maker in the world. No surprises there as a major chunk of these would be exported subsequently, right? Wrong. Of these manufactured cars, only 369,600 units were exported – 97.3% of the cars manufactured in China were sold in China! In 2011 too, of the 18.5 million units manufactured in China, only 814,300 were exported. In other words, 95.6% of the cars made in China were sold in China. During the past three years, over 50 million units of automobiles have been sold in China (50.21 million to be precise) – not surprising therefore is the forecast that the number of registered vehicles with Chinese number-plates will rise from the current 100.17 million (as of end-August 2011; China’s State Statistical Bureau) to 200 million by 2020 (China’s Ministry of Industry and IT). 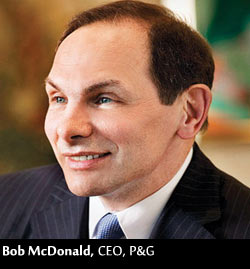 Talking more about cars, here are some interesting facts. First, for the past three years, GM has been selling more cars in China than it does in its home market US. (In H1, 2012, it sold 1.42 million units in China as compared to 1.10 million units in US.) China is the only overseas market where GM sells more cars than in US. The company plans to touch 3 million in annual sales count in China by 2015. Its Detroit cousin, Ford, set a new record in monthly sales in June 2012 (for the third month in a row), selling 18% more cars than it did a year back. Germans Audi, BMW and Daimler are also gearing up to set a new annual sales record this year, boosted by deliveries in China, where they presently sell more vehicles than in Germany. In fact, as per a the Chairman of the Board.]

There are many other names whose walk in the dragon’s den tell you why China is the place to bet on and sell. General Electric, the $150 billion-a-year topline-earning conglomerate’s revenue from emerging economies is set to increase from the current 22% to 30% by 2014. And in its attempt to make China count, the company plans to increase this market’s contribution to its topline from the current 4% to about 25%!

P&G, the world’s largest producer of household and personal care products, which is increasingly focussing on the Chinese market, has now got China as the #2 contributor to its sales volumes and #4 in terms of topline for the company. Today, the company commands 50% of the shampoo and 40% of the personal hygiene market in China, a market which accounts for 25% of the 4 billion customers that P&G has globally.

The world’s largest manufacturer of aircraft, Airbus, which gets 20% of its revenues from China also has big plans for China’s business jets market. China, as per Airbus Corporate Jetliners, is already the fastest growing market for corporate jets, and accounts for 25% of its global sales. The European expects a total of $349.3 billion to be spent by China’s airlines on acquisition of new aircraft by 2025 (#2 after US’ airlines, that are expected to spend $538.1 billion; as per Boeing, by 2030, China will spend $400 billion to buy 3,770 new planes), is smiling at the moment. So is its rival Boeing. Though at present, the Chinese sky has more of Airbus aircraft flying around (820 as compared to 753 Boeing aircraft), the unfilled order count until June 30, 2012 (with Boeing’s 314 being greater than Airbus’ 270) does make the battle appear evenly poised. The battle scorecard reads: Airbus: 1090 Vs. Boeing: 1067. Just a sign of how the two largest aircraft makers (which control 99% of the world’s commercial aircraft market) have already picked up some dragon-dancing steps! 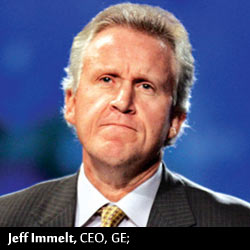 From engines in the air to air waves – Nokia. If you think India was all that Nokia has left to hinge its hopes on, rotate your globe a little to the left. China houses the world’s largest count of mobile users (1.034 billion) and therefore is the most critical minefield for the cellphone maker. Any outcome there would impact the Finn doubly. Here’s proof: It was in the fourth quarter of 2011 that Nokia lost its pole position in the Chinese market for the first time in eleven years. Samsung with a market share of 24.3% ran past Nokia (19.6%; Gartner). The effect showed on global figures just a quarter later. In Q1, 2012, Samsung became the highest seller of handsets in the world (20.7% share versus Nokia’s 19.8%). And all this in spite of the fact that in India, Nokia remains the #1 by a long margin (38.2% share versus Samsung’s 25.3%; Cybermedia’s VoiceData’s 2012 report). Lesson – Don’t just breathe in China. Dominate. Or else even your performance in the 929 million-strong Indian market won’t count (TRAI).

The dozens of steel-making companies to the chipmakers of the world, from fast-food chains to the biggest of retailers, from far-away America to close neighbours, companies across continents are fast realising that one big learning of their career remains the Chinese consumer tale. If they lose out on it, they’ll have little left to survive on. Two decades back, the Chinese low-cost manufacturing prowess took the world by storm. Now, it’s the age of the Chinese consumer.

Sadly, there are not many Indian case studies to write home about – and that is what I call “criminal”.

Till the time every Indian firm’s CEO believes in having the vision of tapping the Chinese market, India can in no way think of beating the Chinese bandwagon.

China: Read. Learn. Repeat. For whatever it’s worth – just do it!
Pin It

Email ThisBlogThis!Share to TwitterShare to FacebookShare to Pinterest
Labels: A Sandeep, Business and Economy, IIPM, Planman