“TOO MANY MEETINGS, TOO MUCH TIME WASTED,” IS A LAMENT ONE OFTEN HEARS WITHIN TOP AND MIDDLE MANAGEMENT. SHOULD CEOS EVEN BELIEVE IN MEETINGS?

Apple’s success is not hard to interpret. Same is the case with Steve Jobs, when you talk about anything (except a liver). After the music industry-defining iPod, the smart phone segment-winning iPhone, the tablet market-establishing iPad – “Apple=innovation” has become the new equation in the world of technology. And all this is not about to change soon. Despite the continuing dispute over Tim Cook’s competence [to fill Jobs’ shoes], the company’s shareholders have been on the right side of celebrations. Today, Apple has become a $310 billion-worth obsession for investors (m-cap on Nasdaq as on June 28, 2011; making it the 2nd-most valuable company in the world), having grown at an annualised rate (CAGR) of 45.8%, making it the fastest wealth-creating corporate entity in the world over the past decade (between January 1, 2000- January 1, 2011).

Innovation yes, but Apple is less about processes than it is about people – people who make machines, people who get fired, and people who have the final word at the end of a disguised six-sigma activity. But these are people who work in an atmosphere of discipline thrust upon them – wearing formal attire to work (unlike the bathroom slipper-and-bermuda casual culture of Adobe & Google) and compulsorily attending internal meetings. In these two respects, the black turtleneck-wearing Jobs has maintained a policy of no exception, whether it be the new recruit or his heir-apparent at Apple. It is perhaps the very reason why despite only a handful of 100 chosen employees being given the opportunity to spend a two-day workshop with Jobs in a secretive location every year, everyone across the board at Apple still breathes in an air of equality. How did Apple outgrow everyone else? [In the past decade, the company’s topline grew by 717.4% to touch $65.23 billion in FY2010, while its bottomline increased by 1677.2% to $14.01 billion.] This ruthless corporate culture that Jobs has nurtured since his return seems a mystery. Actually, it is not.

As much as Jobs finds no justification in the logic of paying people cash for not falling ill, he is absolutely convinced that internal meetings with employees help matters regarding the company’s set goals, product lines, costs and performance. It comes in the form of marathon Monday meetings at the company’s headquarter at 1 Infinite Loop.

This is what he told Fortune magazine in February this year about how important internal meetings are to him and everyone at Apple, “So what we do every Monday is we review the whole business. We look at what we sold the week before. We look at every single product under development, products we’re having trouble with, products where the demand is larger than we can make. All the stuff in development, we review. And we do it every single week. I put out an agenda – 80% is the same as it was the last week, and we just walk down it every single week. We don’t have a lot of process at Apple, but that’s one of the few things we do just so all stay on the same page.” To understand why they are called ‘marathon meetings’, you must note that there are 21 Senior VPs at Apple who report directly to Jobs, besides others like Cook, Jony Ive and Phil Schiller – names that are familiar beyond Silicon Valley. So respecting the voice of someone like a Craig Federighi (Sr. VP, Software Engineering, who of late has been working on new feature enhancement transition for the new Mac OS X: Lion, to pump new life into the declining sales of Mac OS desktops) or a Scott Forstall (Sr. VP, iOS Software, who would always argue for a higher budget allocation to support the ongoing project to come up with a new version of iOS – the next one is iOS 5.0), would mean tens of minutes of ear-filling patience on the part of the core team. But Jobs does not mind.

He knows that his company’s report card has improved dramatically in the past decade only because he has not been scared to give news during team meetings, especially the bad ones. That’s the solution to correct things that have gone wrong or avoiding things that could.

Jobs has never shied away from dropping shells and otherwise not-so-common shockers during regular weekly meetings. Call it tradition. Name a project and you have an instance. One which everyone at Apple would remember comes to mind. One fine Monday morning in the autumn of 2007, Jobs walked into a meeting with his design team and declared, “I just don’t love this. I can’t convince myself to fall in love with this. And this is the most important product we’ve ever done. All this work you’ve done for the last year, we’re going to have to throw it away and start over, and we’re going to have to work twice as hard now because we don’t have enough time.” He was referring to the enclosure design for the first iPhone due to be launched in about a month from then. As any of the 50-odd who attended that meeting at Apple will confess forever – it was unbelievable that this man had the heart to push the reset button at such a late stage. But they all volunteered to make it possible. Result: they re-created the way the first three versions of iPhone would look. 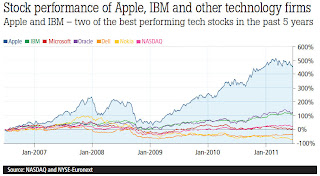 There is another incident which proves another aspect of Jobs’ team meetings – the bombs. CEO Jobs shouts and humiliates individuals or a group of insiders during meetings. In the summer of 2008, following the failure of MobileMe (which was supposed to become the new darling of corporate customers who loved their BlackBerrys), Jobs blasted-off the entire team that created MobileMe in the Town Hall audi in building #4 of the company’s campus. “Can anyone tell me what MobileMe is supposed to do?” Jobs asked. When someone gave a logical answer, he retorted - “So why the f#<>k doesn’t it do that?” The next 30 minutes, Jobs generously rebuked and abused the guilty lot. “You’ve tarnished Apple’s reputation.